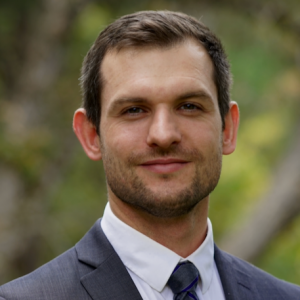 Mr. S is a 72-year-old gentleman in good health who presented to his primary care physician with lower back pain and fatigue, a common complaint. Initial laboratory workup revealed a low red blood cell count and a CT scan was ordered to evaluate.

The CT scan showed a spontaneous, contained bleed around his right kidney with no obvious source (Figure 1). These types of bleeds can be caused by both benign and malignant renal tumors, vascular abnormalities, and inflammatory disorders. To further investigate, an abdominal MRI was obtained. The MRI images showed a suspicious nodule adjacent to the bleed that was not completely characterized (Figure 2). This finding was concerning for a mass, however it remained indeterminate.

The radiologists suggested to Mr. S and his urologist to consider pursuing a contrast enhanced ultrasound (CEUS) to better characterize the mass and provide some clarity to the situation. With the use of safe gas-filled microbubbles, contrast enhanced ultrasound can provide great visualization of organs and blood vessels. It’s a safe and quick imaging technique that adds accurate diagnostic information at a low cost.

A joint decision was made to undergo the contrast enhanced ultrasound. Within seconds after injection of contrast, microbubbles illuminated the kidney and its vasculature. The mass was confirmed and strong contrast enhancement was seen (Figure 3). This finding was highly concerning for renal cell carcinoma, a malignant tumor of the kidney. The tumor had bled earlier but no longer showed any active bleeding during the imaging exams. By providing fast and essential diagnostic information about the mass, the patient was able to expedite further care and treatment.

Figure 3. Ultrasound of the kidney in B-mode (A), Doppler (B), and with contrast (C). The hemorrhagic (bleeding) mass is seen with no blood flow (yellow arrows). The nodular component enhances brightly in the early contrast phase confirming viable tumor, but no active bleeding source (white arrows).
Previous Post CEUS speeds up cancer treatment for teacher with liver tumor